In a criminal trial the State has the burden of proving its case beyond a reasonable doubt. In other words, they must offer compelling proof that each and every element of a crime occurred in order to sustain a conviction. The State does not need to prove that every fact contained in their theory of the case was true, or occurred, but they do need to prove, convincingly, that a crime occurred, and that the defendant was the perpetrator. Having said that, there is typically no requirement of what type of proof will suffice, so long as the jury is convinced. As Attorney Eric T. Kirk will tell you.

Evidence of the commission of a crime can come from one of many sources:

Perhaps the most common type of evidence presented during the course of a criminal prosecution is live, in-person testimony from a witness, or a police officer, that saw the defendant commit a crime. Examples would be: “the defendant touched me without my permission” in an assault case, or “I saw the defendant walk past the checkout register without paying for an item” for a theft charge.

These witness statements -alone- can and often do form the basis of a conviction. Criminal defense attorneys frequently hear this statement” “the prosecution has no evidence- except what that person claims happened”. This is a common, and dangerous, misconception. What the witness, or victim, says happened is evidence of what happened. Contrary to what many individuals think, live in-person testimony from a witness is probably the most frequently utilized evidence offered on the guilt of the accused. Contentions that such testimonial evidence constitutes hearsay, and that the State needs to offer something else to prove what the witnesses says happened actually happened, are frankly misguided.  Skilled criminal defense attorneys may be able to successfully attack the credibility of a witness, officer or victim in an appropriate case. But, if the witness is believed, testimony alone can and often does form the basis of a conviction. I suggest the contention that there is no evidence “except what the witness says” is dangerous because it leads to faulty litigation decisions.

The accused who contends they should take their case to trial only because “it is my word against theirs” has already a critical mistake.

An experienced attorney can help you evaluate all of the evidence, and the potential impact on your prosecution.

The State may, but generally does not have to, offer physical evidence. Examples here would include things like documents, physical evidence from a crime scene, weapons, photographs and the like. Where the physical evidence corresponds and meshes with live in-person testimony, this perhaps makes a stronger case. However there is typically no requirement that the State have, or offer, physical evidence, if there is other evidence of the crime. There are millions of surveillance cameras in this county compiling billions of hours of footage on a weekly basis.  Those numbers have not gone down. With increasing frequency, and to the chagrin of defense lawyers, State has at its disposal this surveillance footage. Simple math indicates that there is one the surveillance camera for every ten people in the country –at least. With surprising frequency, the State is able to obtain footage, sometimes showing that crime occurred, other times showing circumstantial evidence leading up to, or depicting the aftermath of, an offense. If properly authenticated and admitted in evidence, being caught on film committing a crime remains very powerful and persuasive. 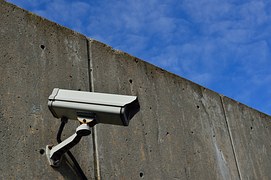 Many seasoned criminal defense lawyers have no doubt had cases about which they otherwise felt a high level of confidence. – if not for the statement the accused made to police. A confession, if properly obtained, is of course persuasive proof that a crime occurred and that the defendant committed it.

I extend a no-cost, no-obligation case analysis and personal, confidential conference and strategy session to all prospective clients. If you have been accused of a crime, it is vital that you act quickly to safeguard your freedom.