When Can A Baltimore, Maryland Police Officer Search Me? 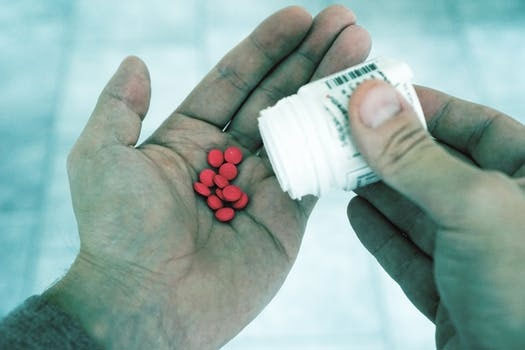 Any Search Without a Warrant Is Per Se Illegal.

The 4th Amendment to the U.S Constitution protects us all from the power of the police and the state by mandating that there are no unreasonable searches of our papers, property, and effects. Courts construing the Amendment routinely recite that any search conducted without a warrant is unreasonable, and therefore, unlawful.

Is Carrying A Handgun Legal In Baltimore?

Unfortunately, as many charged with crimes have learned, the requirement of a warrant has been eaten away by exceptions over the years. Some may argue that the Fourth Amendment’s warrant requirement is so riddled with exceptions, that it may no longer have routine functional applications in Baltimore, Maryland in 2022. Nevertheless, when property, contraband, fruits of crime, or any other evidence later sought to be introduced against a defendant, has been found or taken in violation of constitutional principles, an effective Baltimore criminal defense attorney may argue that the evidence should be ‘suppressed’ and not admitted against the accused.

Baltimore, Maryland Police Can Search Without a Warrant When: The Exceptions

In the opinion of the author, the principles which apply to searches most often see a courtroom – and are most often ruled on by judges- involve the searches of vehicles, and buildings, rather than the search of people. That is not to say that the Fourth Amendment does not govern the Baltimore City Police Department’s search of individuals, but rather challenges, and perhaps successful challenges to the admissibility of evidence, in a criminal trial arise most frequently in the context of automobile and real property searches. There are of course some time-honored exceptions to when the police may search your person without a warrant. It perhaps goes without saying that if you are placed under arrest by a Baltimore City Police Department officer with probable cause to do so, your person can be searched at the time, or later, when you are booked. It comes as perhaps more of a surprise to some that the same office is typically allowed to conduct a limited search a person, not under arrest, where the officer can articulate facts that lead a reasonable person to believe the suspect [i.e. the person search] might me armed, and pose a threat to the officer.

On a related score, many of these exceptions to the warrant requirement, and the litigation over them, arise in the context of a police investigation- at least one taking minutes to hours, as opposed to an event unfolding in real-time. Being a Baltimore City police officer, is, axiomatically, a dangerous profession. Those Baltimore residents who engage in, or are accused of engaging in, criminal activity, are engaging in dangerous behavior. Police interactions are frequently tense, and unfold rapidly. In these situations, Maryland law has long recognized that an officer needs some ability to react, in real-time, to rapidly unfolding events where lives may be at risk, without the need to ensure hypertechnical reliance on all of the rules. Enter the concepts of “exigent circumstances”.

Baltimore, Maryland Police Can Search Your Car Without a Warrant When: The Applicable Rules

I Attorney Eric T. Kirk would venture to say that the admissibility of evidence that is seized by Baltimore, Maryland police from the vehicle of a criminal defendant is perhaps the most litigated issue in Baltimore criminal cases, generally. Insofar as the law in the area is complex, and frequently changes, I’ve explored each of 7 recurring scenarios in separate articles, which can be accessed below.

What Reasons Do The Police Need to Stop My Car?

If The Police Stop Your Car, How Long Can They Keep You There?

Can The Police Search Me, My Car, And The Glove Box, And The Trunk After Pulling Me Over?

Do I Have To Give The Police Permission to Search My Car?

Do The Police Have to Have a Warrant to Search My Car?

Can The Police Order A Passenger To Get Out Of The Car?

If I Am Arrested While Driving, Can the Police Search My Car?

I extend a no-cost, no-obligation case analysis and personal, confidential conference and strategy session to all prospective clients. If you have been accused of a crime, it is vital that you act quickly to safeguard your freedom. Contact me today. 410 591 2835.