What Compensation Can I Get If Someone Has Recorded My Voice Without My Consent In Baltimore, Maryland? It is generally a crime in this State to record a private conversation with another person unless they have agreed to be recorded. [Although there are many exceptions to this general prohibition]. The contours of the Maryland criminal offense concerning illegally recording the voice of another are detailed in another article on this page. Maryland is what is known as a “two-party” consent State. In the realm of unauthorized recordings, this means that all parties to a private conversation must agree to it being recorded, and, unless an exception applies, such conduct is criminal. As attorney Eric T. Kirk will tell you Maryland has gone beyond punishing such conduct by potential criminal sanction alone and also provides a statutory civil remedy for violations of the statute.

It is relatively commonplace for Marylanders injured, or who have sustained a loss, as a result of the criminal conduct of a third party to seek compensation from the perpetrator in a civil claim for money damages. For example, a victim of a second-degree criminal assault may sue the assailant for assault, battery, and potentially other wrongs in a civil action for money damages. A victim of a drunk driver may sue that driver for negligence if property damage or personal injuries result from that impaired driver taking the wheel. These common law causes of action may and often do provide monetary compensation for these victims, and indeed, in my practice, we represent countless numbers of clients every year who have suffered losses due to the criminal conduct of another. There are some limitations, however, on these common law causes of action. The Maryland legislature has enacted a statutory scheme that directly addresses and indeed overcomes these limitations.

Section 10–410 of the Court and Judicial Proceedings Article provides:

“(a)    Any person whose wire, oral, or electronic communication is intercepted, disclosed, or used in violation of this subtitle shall have a civil cause of action against any person who intercepts, discloses, or uses, or procures any other person to intercept, disclose, or use the communications, and be entitled to recover from any person:

(1)    Actual damages but not less than liquidated damages computed at the rate of $100 a day for each day of violation or $1,000, whichever is higher;

(3)    A reasonable attorney’s fee and other litigation costs reasonably incurred.

(b)    A good faith reliance on a court order or legislative authorization shall constitute a complete defense to any civil or criminal action brought under this subtitle or under any other law.”

The goal of the typical Maryland civil action is an award of compensation for the loss that forms the substance of the claim. For example, in a personal injury claim following a serious automobile accident, the aim of the plaintiff would be to recover what they have lost as a result of the negligence of the person that caused the accident. That may include compensation for property damage [e.g. the cost to report or replace their vehicle], reimbursement for their medical expenses, and monetary compensation for personal bodily injury. Under Maryland law, this latter concept is typically referred to as an award of “non-economic” damages. Some people use the less legal, but commonly understood, label of “pain and suffering”. What all of these types of financial recovery have in common is that they must be proven up in court to the applicable legal standard by the required quantum of proof. For example, there is no award for property damage without proof of the amount of that damage. Similarly, there is no compensation for medical expenses or lost wages, unless the amount of wages lost or expenses incurred were proven by a preponderance of the evidence. Similarly, while the amount is up to the discretion and judgment of the finder of fact at a trial, there is no award at all for pain and suffering, unless there is proof that the plaintiff was injured, and had some physical or emotional anguish, distress or inconvenience.

Those proof requirements are changed by the statutory cause of action created by section 10-410. By all means, a Plaintiff may prove actual economic loss, and recover this damage from the person making or disseminating the illegal recording. For example, the victim of an illegal recording that caused them to lose their job, or lose income from their business, would be entitled to recoup those losses, if the amount can be quantified and demonstrated in court. However, if they cannot prove their damages, the case is not lost -as it would be in the typical common law case against the perpetrator. Under the statute, the Plaintiff would be entitled to recover, at a minimum, the greater of either 100 for each day of the violation, or 1000, even if they could not separately prove actual losses.

Three Extra Enhancements for Maryland Illegal Recordings
FULL TRANSCRIPT: While it may be in Maryland that the victim of a crime is entitled to bring a civil action to recover compensation for their injuries, when it comes to the illegal recording of one’s voice Maryland’s legislature has enacted a unique set of remedies for the victim. Under this statute, the successful plaintiff would be entitled to three benefits that would be unavailable in a common law action. The first would be actual damages, or, a statutory fine of 100 for each day of the violation up to a thousand dollars -whichever is greater. A statutory fine would be unavailable in a common law action. Secondly, a successful plaintiff may recover punitive damages that are designed to punish the defendant in a case, rather than compensate the victim for their losses, And, thirdly, and perhaps most importantly, a successful plaintiff in an unlawful recorded voice civil action would be entitled to recover their attorney’s fees and costs in bringing the action. This would be a departure from what’s commonly known as the American Rule. Typically in this country, litigants are responsible for their own fees and cost. Under this statute, they’re entitled, if successful, to pass that on to the defendant..

The damages awarded in the typical Maryland personal injury or bodily injury claim are compensatory in nature. In other words, the purpose of monetary award of compensation is to place the Plaintiff in the same position they would have occupied had the wrongful conduct not occurred, e.g. to repay the injured person’s medical bills incurred or wages lost. Maryland law also recognizes other forms of recoverable damage. Pertinent to this discussion are punitive damages. As the label suggests, these damages have a function, aim and purpose wholly distinct from the rationale underlying compensatory damages. Indeed, Maryland jurors are instructed:

“The purpose of punitive damages is not to compensate the plaintiff, but to punish the defendant and to deter others from this type of conduct in the future.’

In providing guidance on how to fashion such an award a jury is further instructed to consider:

“(1) In an amount that will deter the defendant and others from similar conduct.

(3) Not designed to financially destroy a defendant.”

Punitive damages are not recoverable absent a showing of malice, which is defined as “conduct motivated by evil motive, intent to injure, ill will, or fraud”. MPJI-Cv 10:14. Punitive damages are recoverable, accordingly, in cases such as assault or defamation, where an intent to injure another may be demonstrated, or inferred from the evidence so that such proof rises to the appropriate level. Because negligence-based actions are not premised on knowing and deliberate conduct, but rather on careless conduct, punitive damages are not recoverable in a Maryland common law negligence-based case, e.g. a claim for personal or bodily injury alleging a dangerous condition existing on the property, which in turn injures the Plaintiff. Indeed, juries are instructed in a personal injury-based claim resulting from a motor vehicle accident that:

“For punitive damages to be recoverable as a result of injuries suffered from the wrongful operation of a motor vehicle, the wrongful conduct must be characterized by evil motive, intent to injure, or ill will.”

If the appropriate proof is convincingly demonstrated at trial, the successful Plaintiff may recover- in addition to actual or statutory liquidated damage- punitive damages as well.

Perhaps the most significant component of the Illegal Wiretapping/Recording statutory remedy is the availability of “prevailing party” attorney fees and costs. Most people have a sense that litigation can be expensive. The court charges money to file a case. Depending on the nature of the action, experts may have to be retained and compensated for their time in providing needed testimony. There are other costs as well [ e.g. deposition transcripts, exhibits, etc.]. In some instances, the prospective costs of litigation dissuade potential litigants from bringing an action at all, even though they may have a meritorious claim. In the U.S., [the rule is different in other countries] each party in a civil case bears the responsibility for funding their own litigation, including retaining and paying counsel of their choosing. This is typically referred to as “The American Rule”. Under this rule, a party may not recover their litigation costs as damage unless an enumerated exception applies. Maryland courts have said this about the general principle, and the exceptions:

“As concerns the grant of attorney fees, Maryland follows the common law “American Rule,” which states that, generally, a prevailing party is not awarded attorney’s fees “unless 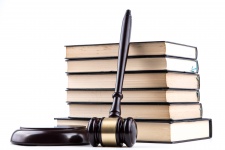 (1) the parties to a contract have an agreement to that effect,

(3) the wrongful conduct of a defendant forces a plaintiff into litigation with a third party, or

(4) a plaintiff is forced to defend against a malicious prosecution.”

Fee shifting is of enormous value in assuring the vindication of rights. A potential litigant may lack the financial wherewithal to finance litigation and may choose not to pursue the claim, even if it is one involving manifest injustice or malfeasance, or one likely to succeed on the merits, because of the financial hurdles involved. Another similarly situated plaintiff, but with the appropriate means at their disposal, may decline to proceed, not because they can’t afford it, but for other reasons. If the amount in controversy is relatively small, and the potential litigation costs relatively high, a potential Plaintiff may opt not to proceed because the costs necessary to achieve victory outweigh the amount of the potential recovery. The availability of fee-shifting may entice a potential Plaintiff in either scenario to vindicate their rights, and initiate a meritorious claim, secure in the knowledge that, if successful, they will not experience an out-of-pocket loss because of their pursuit.

These three components: liquidated damages, punitive damages, and fee-shifting, are not available to a Plaintiff in a common-law negligence-based claim. Indeed, with the exception of the few cases [e.g. defamation, assault] where punitive damages are recoverable, these weapons are not available at all to the typical civil Plaintiff. In Maryland, the victim of an illegal recording may avail themselves of these measures.