I’ve Been Accused of a Crime. How Much Time Am I Facing?

This is probably the most commonly asked question that I field from clients who have been accused of committing a crime. It makes sense. In order for anyone to intelligently assess options, they have to be aware of the best and worse case scenarios. I Attorney Eric T. Kirk think most people would agree that a stint in jail ranks near the bottom.

Most conduct- at least that I’m aware of- that has been criminalized in Maryland carries the possibility of a jail sentence and/or a fine. It surprises some, but many violations of the rules of the road are deemed to be so serious- the so-called serious, or “incarcerable” traffic offenses, that a jail sentence is possible on conviction. Most people would not be surprised to learn that you could expect to do some time if you were convicted of DUI, especially multiple DUIs, or leaving the scene of an accident. It surprises many, though, to learn that jail is a possible outcome for not having insurance on your car.

In Maryland, criminal charges may be disposed of in a variety of ways which fall short of a sentence of incarceration.

With a Probation before judgment, the offender is effectively given a second chance. A term of probation is imposed. The finding of guilt is withdrawn. If the individual successfully completes their probationary term, the matter is at an end, and the offender may ultimately have the entire case expunged from their record. Even where an individual is proven guilty, a judge may be persuaded to forgo immediate incarceration and impose a suspend sentence. As part of this disposition, a period of incarceration is imposed, then held in abeyance, or suspended. 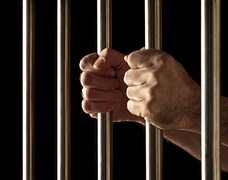 An individual in such circumstances is also placed under supervision, and serves a term of probation. If the individual subsequently violates a term of that probation they will revisit their sentencing judge, who will determine the amount of time they serve. An effective and experienced criminal defense lawyer can assist the accused in multiple ways. A seasoned litigator may be able to force the State to try their case, create a reasonable doubt in the minds of jurors, and secure an acquittal. A knowledgeable defense attorney may keep the State from using valuable, but nevertheless illegally obtained evidence. A skilled advocate can secure a favorable plea disposition. In an appropriate case, a judge will impose a sentence of incarceration, and the offender to the custody of the appropriate authority.

Obviously, the role of any criminal defense attorney is to evaluate the State’s evidence, attack any weaknesses, keep the State from using illegally obtained evidence, and intelligently advise the accused.

The maximum sentence, and fines, under the law, are fixed by statute. In a typical district court prosecution, the sentencing judge will listen to the arguments of the State, and the defendant or counsel, if represented, and impose sentence. In a circuit court proceeding, where are the stakes are generally considered higher, Maryland has adopted sentencing guidelines which take into account a variety of factors to aid, and to some extent limit, the Court in determining an appropriate sentence. In some cases, the Court may look to a pre-sentence evaluation by the division of Probation and Parole to gain additional input as to what the appropriate sentence is going to be.

Some common offenses and the maximum sentences involved include:

Assault: The maximum sentence for a second degree assault is ten years in prison.