See All News
Next play_arrow

Can I Sue For An Online Privacy Invasion in Baltimore, Maryland? 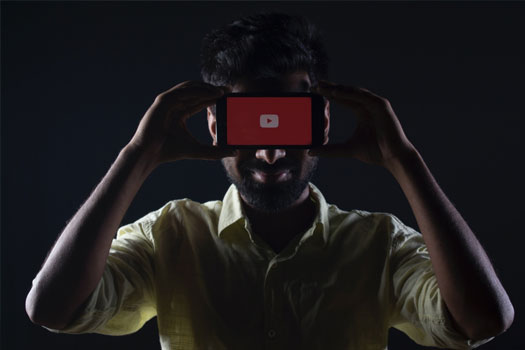 The concept of privacy, and the legal protection of it, has frequently been characterized as a “fundamental right”. Maryland law protects against invasions of privacy, guards the privacy interests of its citizens, and provides vindication for those who’s protected privacy interests have been transgressed. One of America’s foremost jurists, Louis Brandeis succinctly, and for the ages, labeled the concept in a way that can never be duplicated.

Certainly, protection of a citizen’s personal affairs against an overreaching government is one expression of the right. Maryland civil law, also protects the individual and property rights of citizens from wrongful intrusion, transgression and invasions at the hands of their fellow citizens.

A right to privacy is one of the essential cornerstones in the array of rights guaranteed by the Fourth Amendment, and the analogous provisions in various state constitutions- including Maryland’s.

The concept of a right to privacy may well have found its inception when the drafters of the United States Constitution and the Bill of Rights  incorporated certain protections designed to guard that interest and curb the abuses of that interest at the hands of government actors [at that time the government was the British Crown].

When drafting the Bill of Rights the founding fathers included the Fourth Amendment which reads, in part:

“The right of the people to be secure in their persons, houses, papers, and effects, against unreasonable searches and seizures, shall not be violated, and no Warrants shall issue, but upon probable cause, supported by Oath or affirmation, and particularly describing the place to be searched, and the persons or things …” If you follow the news, you are likely the terms “4th Amendment” or  “unconstitutional search”, or some variation thereof, with great and consistent frequency as former Donald Trump struggles to challenge the seizure of classified material from his Mar A Lago Beach club. Some 250 years prior to these events, colonial citizens, who had long been subjected to random searches and indiscriminate seizure and use of their property at the hands of British forces and agents, declared a revolution, rose up against their colonial masters and planted the seeds of what would become the single greatest country the world has ever known, and its foremost and most-enduing democracy. Indeed, although the list of grievances was long, the failure to respect the interests and desires of colonial citizens to be secure in their homes and personal effects is one of the prime motivating causes of America’s revolution and its war for independence. As discussed at great length in other articles and material on this site, the role of the right to privacy is routinely discussed in criminal causes involving arrests and searches. To be sure, the concept of a “right to privacy” generally has direct applicability when a court deciding a criminal case is ruling on whether a particular search or seizure was constitutional. One of the key factors in the test, or analysis, employed by such a court is examining whether the individual contesting the admissibility of evidence or contraband found enjoyed a “reasonable expectation of privacy” in the place, area, or container, from which the contraband or other evidence was taken. In this context, the Supreme Court has set forth a two-part test in determining the reasonableness of one’s expectation of privacy. Where both the individual possesses a subjective expectation of privacy in the place or activity invaded, and this internal expectation is also one that society generally is willing to deem reasonable, that individual enjoys a constitutionally protected zone that should be free from unreasonable government intrusion.

Certainly, applicability in the context of a criminal prosecution is not the only realm in which the notion of the “right” to privacy or privacy, generally, is found in our justice system. As attorney Eric T. Kirk will tell you, Maryland’s civil system is one premised on providing an individual with compensation in the form of money damages when another invades their legally protected interests, without cause or justification. Whereas the privacy interest protected by the Fourth Amendment, in the criminal realm typically involves homes, property, vehicles, or the sanctity of one’s person, it could be argued that the privacy interest- that of reputation, standing, solitude, and peace of mind, guarded by Maryland’s civil privacy provisions is significantly broader.

Full Transcript
While it may be in Maryland that the victim of a crime is entitled to bring a civil action to recover compensation for their injuries, when it comes to the illegal recording of one’s voice Maryland’s legislature has enacted a unique set of remedies for the victim. Under this statute, the successful plaintiff would be entitled to three benefits that would be unavailable in a common law action. The first would be actual damages, or, a statutory fine of 100 for each day of the violation up to a thousand dollars -whichever is greater. A statutory fine would be unavailable in a common law action. Secondly, a successful plaintiff may recover punitive damages that are designed to punish the defendant in a case, rather than compensate the victim for their losses, And, thirdly, and perhaps most importantly, a successful plaintiff in an unlawful recorded voice civil action would be entitled to recover their attorney’s fees and costs in bringing the action. This would be a departure from what’s commonly known as the American Rule. Typically in this country, litigants are responsible for their own fees and cost. Under this statute, they’re entitled, if successful, to pass that on to the defendant..

Maryland law provides that where one suffers in invasion improper use or intrusion of on a protected area or component or aspect of one’s private life, and this intrusion is accompanied by some level of fault, or culpability, the injured individual has a cause of action, or a legal right to sue the transgressor for compensation. This right finds expression in the form of a claim for damages supported by one or more of four legal theories. In other words there are four paths to financial recovery to vindicate an intrusion upon one’s right to privacy.

With respect to the first three theories, a Maryland jury would be instructed that:

“An invasion of privacy occurs when there is an intentional intrusion upon another person’s solitude, seclusion, private affairs or concerns in a manner which would be highly offensive to a reasonable person.”

Unreasonable Publicity Given to Private Life

“An invasion of privacy occurs when matters concerning the private life of another person, which are not of legitimate concern to the public, are made public without that person’s consent and in a manner which would be highly offensive to a reasonable person.”

“An invasion of privacy occurs when one places another person before the public in a false light, with knowledge of or reckless disregard as to falsity, without that person’s consent and in a manner that would be highly offensive to a reasonable person.” Certainly, an actionable [i.e. one you can sue for] invasion may take place via the more traditional vectors: the spoken word, the printed word, photographs, etc. Many- some would say most -significant events and happenings in our time either occur online, or reported or revealed online, are discussed online, or sold online. The legal theories stated above, although crafted perhaps hundreds of years before the internet became one of the driving forces in our society,  can and do have applicability to online conduct- and misconduct. Indeed, purely online invasions of privacy can be, and are, undertaken as personal injury actions in Maryland.   In the arena of online privacy intrusions, harassment, infringement or other misconduct, the substantial impediment in identifying an anonymous poster can be daunting, and in many instances perhaps insurmountable. Service providers like META [the parent of Facebook and Instagram] routinely take the position they are prohibited from providing the content of communications, and, in resisting any attempt to obtain information, or posts, online by citing Federal law for the proposition such material cannot be disclosed. The relevant code provisions contain exceptions that allow government actors and law enforcement to access this information, both in terms of content and identity that is not available to civil litigants.  The text of that legislation is shown here: